There are many, many books on astronomy and telescopes but very, very few on antique telescopes. Following is a list of the most interesting and informative. These are not the usual "coffee-table" books that you will find plenty of, but a few volumes that are really worth reading, not only for their scholarly approach but also for sheer enjoyment. At least one of them, Longitude, was not only a national best seller, but is a real "page turner." 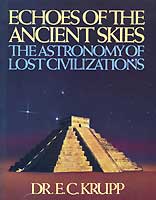